Robert Scott kept a diary of his last expedition to the South Pole in 1910. He wrote about the hardship they had to undergo on their journey to the Antarctica. He stopped writing on March 29, 1912 and his diary was found on November 12,1912 in a tent along with his frozen body and those of  Edward Wilson and Henry Bowers. Click on Scott's journal  to read some excerpts describing the hard walk back to the ship waiting to take them back home. It is also possible to read and listen to the reading of Scott's diary thanks to the virtual books available in the British Library 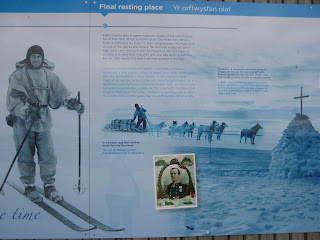